Technology Director (aka "the robot guy")

Michael Vawter was lead programmer, builder, tester, and handler for the MindStorm Troopers FIRST LEGO League (FLL) team. They competed for four years, becoming the first team ever to win 1st place Robot Performance at the FLL World Festival two years in a row. The team also won the 2nd place Champion’s Award (best overall) in '05 and 3rd place Champion’s in '06. Michael was invited to serve as a Tech Judge at the World Festival the very next year, and has continued to serve as a judge for international, national, and state championships ever since. He has also mentored and coached teams that have gone on to win state and international championships of their own.

Michael has been featured in Popular Science Magazine, Columbus CEO Magazine and the National Gallery for Young Inventors. He published peer-reviewed psychophysics research at Denison University in 2011 and went on to earn a masters in entrepreneurship and innovation. In his ongoing career as a robotics teacher, Michael helps students and teachers to analyze and solve technological problems more creatively by integrating their right-brain and left-brain capacities.

Gail Vawter is a Co-founder and Director of Operations.  She holds degrees in Computer Science and Economics from Denison University, as well as an MBA from Indiana Wesleyan University. She has worked in the Information Technology industry for over 20 years, but her passion is for helping young students to get excited about STEM (Science, Technology, Engineering and Math). As a teacher and coach of student science teams, her teams placed first and second place on a National (and International) level numerous times as well as placing National Finalists with various Invention Competitions: US Army’s eCybermission (3 times), FIRST’s Global Innovation Awards (2 times), NSTA/Toshiba ExploraVision, National Inventors Hall of Fame, NASA’s Space Day (2 times) and FIRST Lego League (2 times). Her team’s accomplishments have been recognized by the Ohio Senate and Ohio House of Representatives.).  We incorporate this knowledge into our curriculum and help kids design brilliant inventions for a fun virtual invention competition or mock shark tank at camps.  It is a blast. 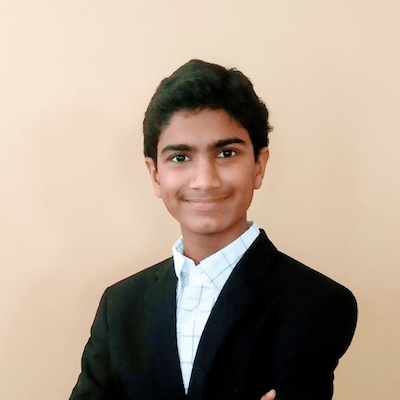 Aditya Chittari (Robot Genius) was the lead programmer for The Lego Lords, the FIRST LEGO League team that represented Ohio at the 2017 Razorback Invitational in Arkansas (winning the 5th place Robot Performance) and the 2018 World Festival in Detroit (placing 28th in the Robot Performance). He won 3 awards at the 2017 Ohio State Science Olympiad Championship, and placed 5th out of over 5 million students in the the 2011 World Education Games. He has four years experience teaching LEGO Robotics.

Ashton Cofer (Master Robot Genius) attends Columbus Academy High School and has been working for Robot Academy for many years. Ashton competed in FIRST LEGO League for 5 years on the Incredibots team, winning the 1st Place Champions Award at the 2016 FLL World Championship and 2nd Place Champions Award at the 2014 Open European Championship. Ashton has 7 years of experience teaching robotics workshops at local schools, science museums, scouting groups, and public events. He has won several national STEM competitions and presented at the 2015 and 2016 White House Science Fairs. He gave a TED talk in 2017 which got over one million views! Ashton currently competes in the National Robotics Challenge (NRC) and mentors younger students. Overall, Ashton loves working with robots and enjoys sharing his knowledge with others! 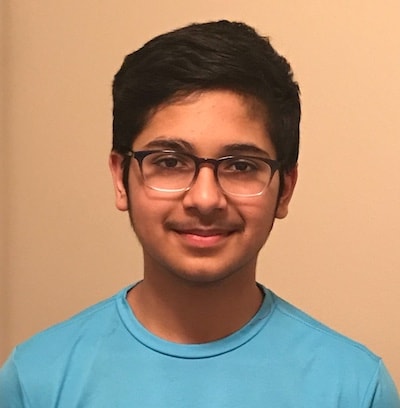 Mann Arora (Robot Genius) was the Core Values Enforcer for The Lego Lords, the FIRST Lego League team that represented Ohio at the 2018 World Championship. The team also attended the Razorback invitational in Arkansas in 2017 and won 5th place for robot performance and 3rd place for teamwork. Mann has won several awards as a science olympiad, including 3rd place at the 2018 state competition. 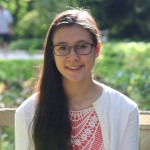 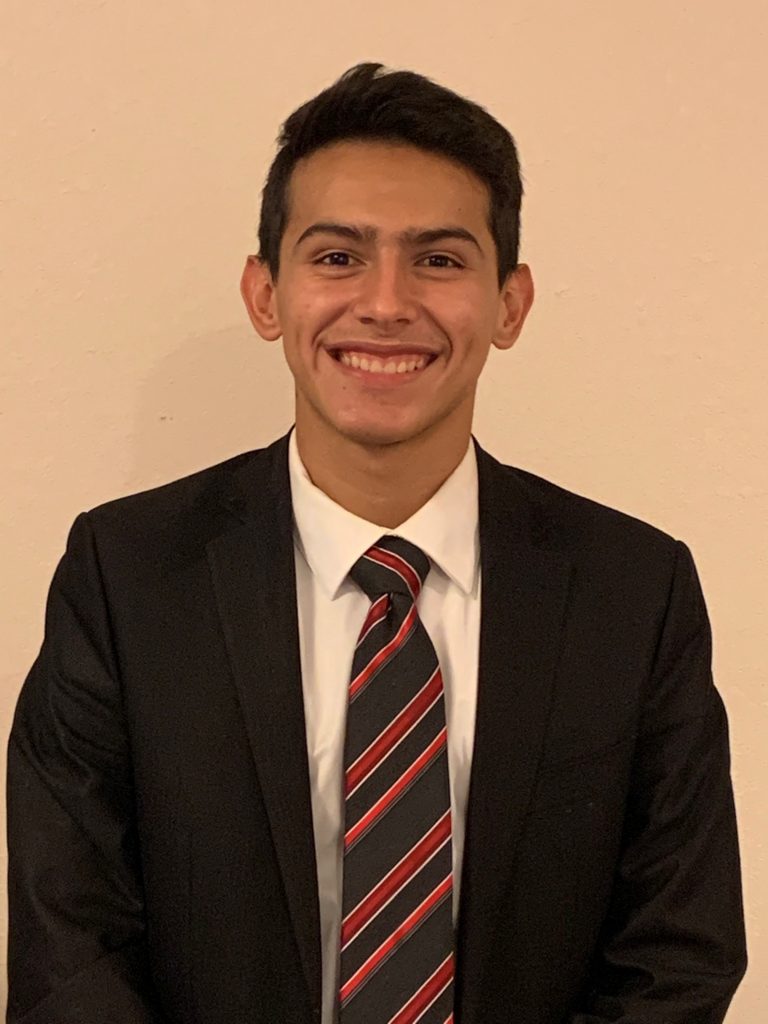 Javier Ramirez (Virtual Robot Genius) is a senior at Akins High school and will study Mechanical Engineering at the University of Texas in the fall. Javier experienced each level of FIRST robotics over the last twelve years. He began by building a motorized centrifuge out of Legos to demonstrate an existing technology for his first Junior FLL competition, progressed through FLL, and finally spent the last six years on his FTC team, the Disgruntled Robots. Javier and his FTC team won various awards along the way and competed at the World Championships twice.  His passion for mechanical engineering began with the centrifuge for his first JFLL tournament. At that time, he learned and followed the engineering process.  As a process-oriented individual, he continued to grow his passion for applying that process to solving problems in life and robotics. Javier understands the value of teaching STEM, engineering and robotics to youth.  He has consistently mentored younger robotics teams, as well as, at-risk youth in the community. 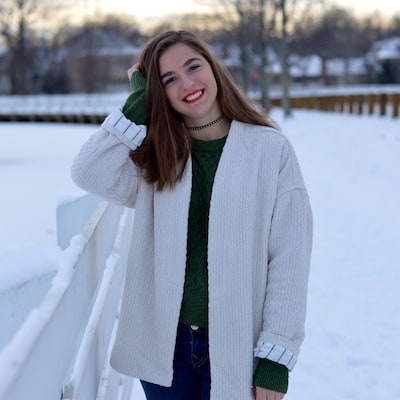 Julie Bray (Master Robot Genius) competed in the FIRST LEGO League with The Incredibots for 3 years. During this time, the Incredibots went the Open European Championship in Spain and won the 2nd place champions award. They also represented Ohio at the Legoland championship in California and the World Festival in St. Louis (where they won 1st place overall). FLL inspired Julie to take her passion for STEM a step further, and she helped her team to enter other international innovation competitions such as the Google Science Fair and Conrad Spirit of Innovation Summit. 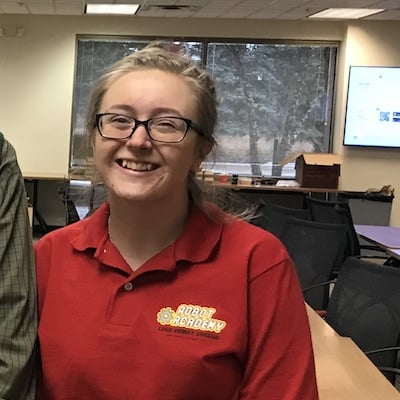 Kaitlin Berryman (Robot Genius) is studying Robotics and Electrical Engineering at Rochester Institute of Technology (RIT). She was the Computer-Aided Design leader of FRC Team 1014 Bad Robot and was also a member of the FTC Team 6150 Moderately Dangerous. She's won numerous leadership and technical awards, including the NCWIT computing award. She was an FRC Deans-List semi-finalist and represented Technology Education at the Ohio State Fair.

Raghav Kallur (Robot Genius) has been a member of the "Robot Rights" FLL robotics team since his 4th grade. His team qualified for the world festival twice and also for global innovation award. They have a patent pending on a Math game called Math Magic. Raghav is currently participating in on his High School FTC team called Moderately Confused. In his spare time, Raghav likes to play soccer, violin and sketch. 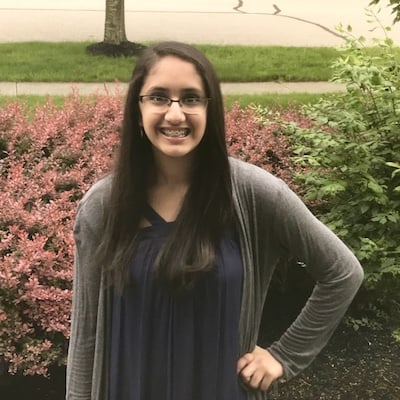 Sahithi Thumuluri (Robot Genius) is studying at Dublin Jerome High School and has 5 years of FIRST robotics experience and 3 years on her High School FTC team called Moderately Confused . As a part of FLL team Robot Rights, Sahithi travelled to the Ohio State championships and World Festival many times. Her team were Global Innovation Semi-finalists in 2015 and Ohio State Champions in 2017. They even won a first place inspiration award at the FLL World Festival in 2017. Sahithi now competes on the FTC team Moderately Dangerous, and is a software expert. She teaches at Kumon as a math and reading instructor for ages 3-16. Sahithi has won awards through NUMATs gifted awards and the Verizon app challenge, and has taken STEM related classes in and out of school. Sahithi is passionate and immensely excited to encourage young kids to experience the fun of robotics! 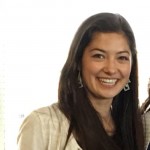 Savannah Cofer (Master Robot Genius) graduated from Columbus Academy and is attending Rice University for Engineering.  She has the 'magic touch' with Lego Robots.  Savannah mentors the Incredibots team that won the 1st Place Champions Award at the 2016 FIRST Lego League World Championship.  For the past 9 years, she has won numerous awards at the state and international level in both FIRST LEGO League and the FIRST Tech Challenge. Savannah and her teammates won the Google Lunar X PRIZE MoonBots Challenge in 2014 and were national winners or finalists of several STEM competitions including the Conrad Spirit of Innovation Awards and the Intel International Science & Engineering Fair. Savannah was invited to the 2016 White House Science Fair to honor her achievements with Conrad Spirit of Innovation Awards.  Savannah loves mentoring younger teams, teaching robotics workshops, and of course building wicked cool robots. 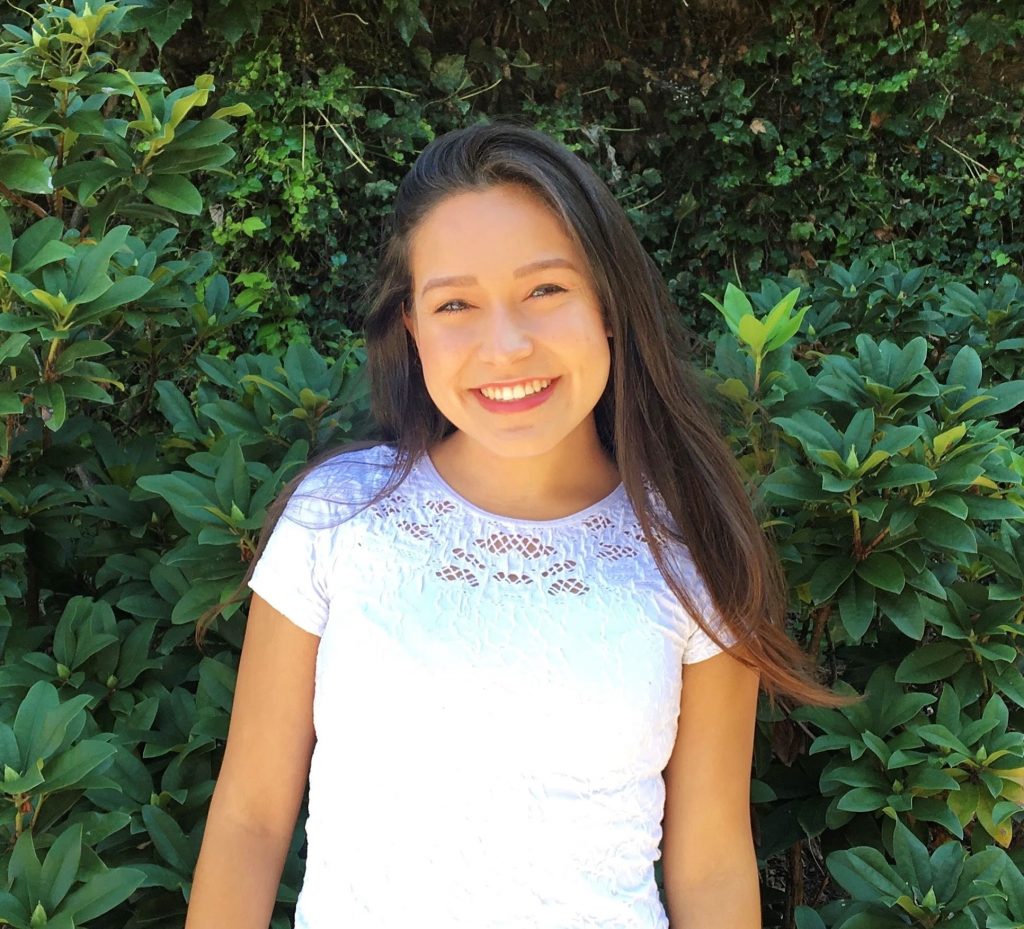 Sofia Ramirez (Virtual Robot Genius) is an Industrial and Systems Engineering Student at Lehigh University. She has over a decade of experience in FIRST Robotics, competing in JFLL, FLL, FTC, and FRC competitions. Over the past fifteen years she has mentored in numerous capacities, including as a JFLL and FLL Team Mentor. As Captain of her FTC team for two years, she led her team to the Super-Regional and World levels of competition. Sofia pursued an information technology specialty where she built upon her FIRST coding experience to now know several programming languages. Additionally, she has three years’ experience as a Technology, Research, and Communication Fellow where she’s guided both individual and teams of students through the writing and design processes. Whether through casual conversations, school projects, competitions, or mentoring, Sofia has a passion for sharing about STEM and is inspirational in guiding young minds in their robotic quests. 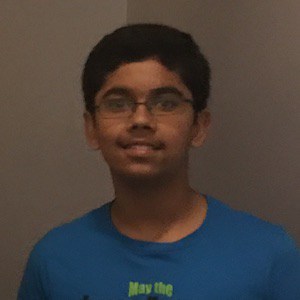 Soham Joshi (Robot Genius) first learned about Robot Academy when he attended as a student many years ago. He was a member of Robot Academy's FLL team in 2017, and helped the team to win many awards including the Global Innovation award (which recognizes the top 20 invention projects in the world for FLL). He has since created a team of his own and won the innovative solution award at the Ohio State championship. He has won awards through Ecybermisison and Exploravision as well, and has a passion for inventing. He has been working at Robot Academy for 2 years, and enjoys teaching about all the things he's learned.

Sriram Mukund (Virtual Robot Genius) is a Computer Science major at the University of Connecticut and has been a Lead Instructor at both Kumon and CodeNinjas, teaching kids ages 6-16. Sriram has lead summer camps for students in both video game design as well as drone programming and he has a passion for legos and computer science. He has been building with Lego Robots for the past 7 years and has brought various Lego Robots to his high school invention showcase and has won awards for his creations. He has created apps as well as AWS websites and is an experienced programmer in languages such as Python, Java, and C. In his spare time, Sriram loves to play the drum set and learn new programming languages. Sriram loves to work with kids and is excited to help instill a life long passion for STEM! 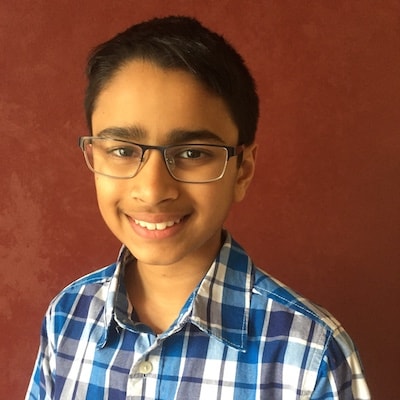 Varun Chitiveli (Robot Genius) was the lead builder for The Lego Lords, the FIRST Lego League team that represented Ohio at the 2018 World Championship. The team also attended the Razorback invitational in Arkansas in 2017 and won 5th place for robot performance and 3rd place for teamwork. Varun knows several programming languages and is excellent at explaining mechanical design. 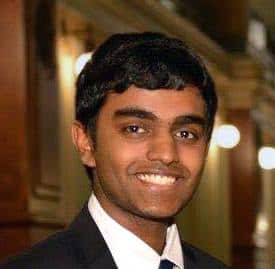 Varun Vallabhaneni (Master Robot Genius) graduated from Columbus Academy and is attending the Wharton School of the University of Pennsylvania. He competed in FIRST Robotics for 7 years with the Incredibots, in which his team competed all over the world including the World Festival, North American Championship,  and European Open Championship. During his last season, the team placed 2nd at the European Open Championship in Barcelona, Spain. He participated in the First Tech Challenge for three years in high school, and he has been one of the team co-captains. His  team placed in the top 24 teams at the World Festival and have competed at numerous state championships. In 2014, his team won the Google Lunar X PRIZE Moonbots Challenge, and along with numerous national/international STEM awards in science research and entrepreneurship including the Conrad Foundation to the American Society for Engineering Education and the Intel International Science & Engineering Fair.  Earlier this year, his team was invited to exhibit at the 2016 White House Science Fair as a result of his experience with materials science research. Robotics has been an integral part of his life, and he loves mentoring other robotics teams and sharing his passion/experiences with younger kids when it comes to robotics and science!

© 2004 - 2005 MindStorm Troopers Robotics Team, 501(c)(3)
© 2006 - 2023 Robot Academy, LLC
This site is not affiliated with The LEGO® Group. All product and company names are trademarks™ or registered® trademarks of their respective holders. Use of them does not imply any affiliation with or endorsement by them.
Close